I am writing to you from my favorite place on earth, Wat Songdhammakalyani in Thailand. The temple is my sanctuary—that sacred place of belonging that I call home. I feel humbled, grateful and privileged to have received temporary ordination from my teacher Venerable Dhammananda Bhikkhuni Mahatheri. The process has been both intense and wonderful.

This is the second time I have received temporary ordination which means I took ten Buddhist precepts from Venerable Dhammananda, shaved my head, studied the Buddhist teachings, and wore the saffron robes. It’s called “temporary,” because it’s a way to experience monastic life for a short time and then disrobe after nine days and return to normal everyday life. The first time I received ordination was eight years ago in 2014. I did not realize at that time what a serious undertaking it is. This time I did. (The picture below is the group of us who received ordination.)

In a country with approximately 300,000 male monks, there are only 270 fully ordained female monastics. (Bhikkhunis). Venerable Dhammananda became the first woman to be ordained as a Theravada Buddhist monk in 2001, and she opened the door for other women to follow in her footsteps. She had to go to Sri Lanka to receive ordination because Thailand does not permit the ordination of women then or now.

Venerable Dhammananda’s journey to revive the Bhikkhuni Lineage in South East Asia, (restoring the lineage of female monastics) has not been easy.  When she ordained in 2001, she was vilified in the Thai press and received hate mail. The experience was so negative that she stopped reading the newspapers for two years. 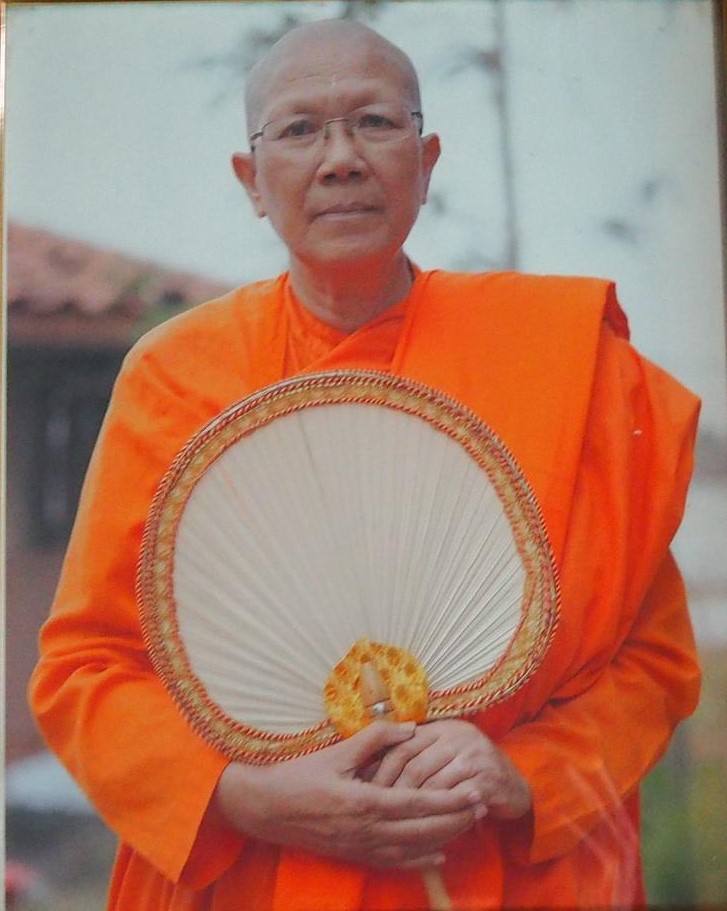 Even though the controversy over her ordination has calmed down over the years, the “Bhikkhuni” issue of supporting female monastics is still a contentious one in Thailand. On December 11, there was a celebration for Venerable Dhammananda’s honoring her 20 years of ordination at the Bangkok Arts and Cultural Center. She became a Mahatheri which means most venerable one, or great one. The main speaker for the ceremony was the Sri Lankan Ambassador and she backed out with almost no notice, just ten days before the event. Venerable Dhammananda said she was probably scared of the political back lash and did not want to antagonize anyone.

At the event, Venerable was joined on stage by the well-known Thai Monk Phra Alongkot Tikkapanyo who has been providing care for HIV/AIDS patients for more than twenty years. Venerable Dhammananda became teary as she said, “There are very few monks who support us.” That’s when it dawned on me what a huge issue it is for Thai women to receive ordination.

The highlight of the ordination experience was when we went on alms round. Word spread fast among local residents that a procession of 27 nuns carrying alms bowls was walking outside. Excited onlookers ran to catch a glimpse of us and then darted back inside to grab rice, pots, packages of food—whatever they could get their hands—so they could give alms. It was kind of like a “flash mob—a wave of people that swelled and gained momentum as we made our way down the street. People were overjoyed to see us and we received almost four times more food than normal. The cart carrying donations was overflowing. The support was overwhelming. 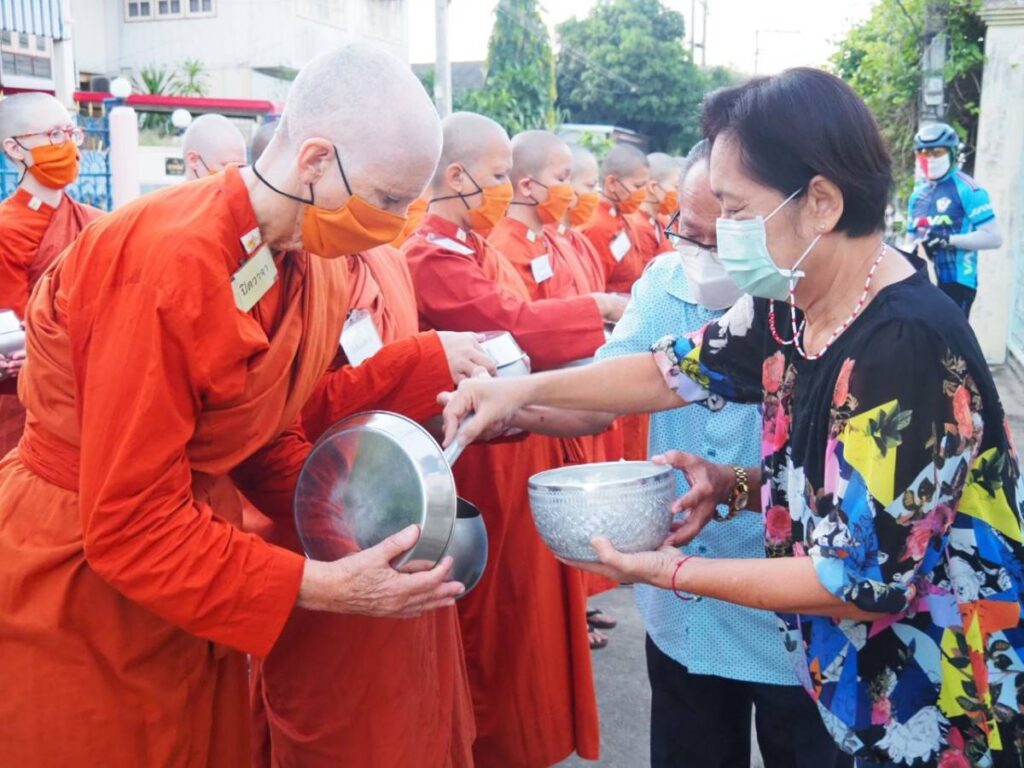 The people’s acceptance of Bhikkhunis was heart-warming, and indicates how much more public support there is today for ordained women, than there was twenty years ago when Venerable Dhammananda was ordained. I am filled with hope that Venerable Dhammananda’s dream to revive the Bhikkhuni lineage in South East Asia is becoming a reality.

On a personal note, I consider myself very lucky to have a permanent home with my teacher at Wat Sondhammakalyani, a place where I am always welcome. I have treasured this past two weeks and carry the spirit of love I have received from my teacher and the other ordained women back to California to share with my friends and family.

I wish everyone a safe and joyful holiday. Wishing you the comforts of home, warmth, good food, and to spend time with loved ones. Thanks for following me on my travels—taking the sacred pause.